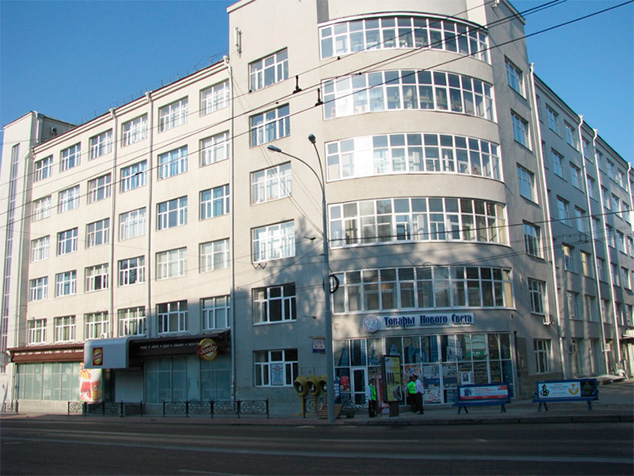 The Ural State University of Architecture and Art (USUAA) was founded as an independent higher education institution under the name of Sverdlovsk Architectural Institute in May 1972 on the basis of the Ural Branch of Moscow Architectural Institute and was re-named the Ural Institute of Architecture and Art in 1992. In 1995 the State Committee on Higher Education of the Russian Federation granted the institute the status of Academy. This status, standing next to the status of university, was granted to educational institutions providing higher education in one or several related specialized areas of knowledge. Degrees awarded by Academy were fully equivalent to university degrees. In 2015, the Academy changed its status to that of University in accordance with the new low on education enacted in 2014.

USUAA is a federally funded public institution providing higher education in the fields of architecture, planning, design, arts and related IT applications.

Faculties of Ural State Academy of Architecture and Arts:

The dormitory also is conveniently located in terms of going to and from the airport, either by taxi or via metro.

The dormitory is a corridor-type residential building with shared facilities. One rooms usually accomodates three or four roommates. Entrances to the building are equipped with video surveillance and security posts.

Yekaterinburg or Ekaterinburg (Sverdlovsk in 1924-1991) is the fourth most populous city in Russia (after Moscow, St. Petersburg, and Novosibirsk), the administrative center of the Ural Federal District and Sverdlovsk Oblast.

Yekaterinburg is located in the floodplain of the Iset River on the eastern slope of the Middle Urals in Asia, near its border with Europe, about 1,800 km east of Moscow. Since the Ural Mountains are very old, there are no significant hills in the city.

This relief was a favorable condition for the construction of the main transport routes from Central Russia to Siberia (the Siberian Route and the Trans-Siberian Railway) through Yekaterinburg. As a result, it has become one of the most strategically important centers of Russia, which still provides a link between the European and Asian parts of the country.

Yekaterinburg is located in the border zone of temperate continental and continental climates. It is characterized by a sharp variability in weather conditions with well-defined seasons. The Ural Mountains, despite their low height, block the way to the masses of air coming from the west from the European part of Russia.

As a result, the Middle Urals is open to the invasion of cold Arctic air and continental air of the West Siberian Plain. At the same time, warm air masses of the Caspian Sea and the deserts of Central Asia can freely enter this territory from the south.

That is why the city is characterized by sharp temperature fluctuations and the formation of weather anomalies: in winter from severe frosts to thaws and rains, in summer from heat above plus 35 degrees Celsius to frosts. The average temperature in January is minus 12.6 degrees Celsius, in July — plus 19 degrees Celsius.

Yekaterinburg ranks third in Russia (after Moscow and St. Petersburg) in the number of diplomatic missions, while their consular districts extend far beyond Sverdlovsk Oblast, and serve other regions of the Urals, Siberia, and the Volga region.

Almost all types of urban public transport are presented in Yekaterinburg: buses, trolleybuses, trams, subways, taxis. Yekaterinburg is the third largest transportation hub in Russia: 6 federal highways, 7 main railway lines, as well as Koltsovo International Airport, one of the country’s largest airports. The location of Yekaterinburg in the central part of the region allows you to get from it to any major city of the Urals in 7-10 hours.

Yekaterinburg has an extensive scientific and technical potential, it is one of the largest scientific centers in Russia. The Presidium and about 20 institutes of the Ural Branch of the Russian Academy of Sciences, 66 research institutes, and about 30 universities are located here.

This city is a relatively large tourist center. A significant part of tourists visit it to honor the memory of the last Russian emperor and his family killed by the Bolsheviks in the basement of the Ipatiev House in 1918.

There are about 50 different museums in Yekaterinburg. One of the world’s largest collections of constructivist architectural monuments has been preserved here. In total, there are over 600 historical and cultural monuments in the city, of which 43 are objects of federal significance. The City Day of Yekaterinburg is celebrated on the third Saturday of August.